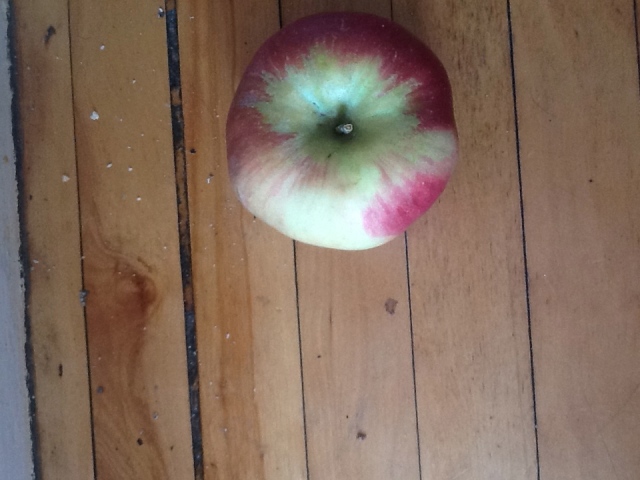 Thomas Jefferson’s favorite apple. It’s a great cidering apple, wonderful for late-fall desserts, and is featured in nearly every list of best-flavored apples.

This apple originated in Wilmington, MA, in 1740. Massachusetts’ most famous apple. In the mid 1800s, this apple was the default home apple in New England and New York. In the 1930s, a deep frost wiped out most of New England’s orchards of this variety and the variety’s popularity waned. Still prized for cider and pies.

“The champagne of cider apples” 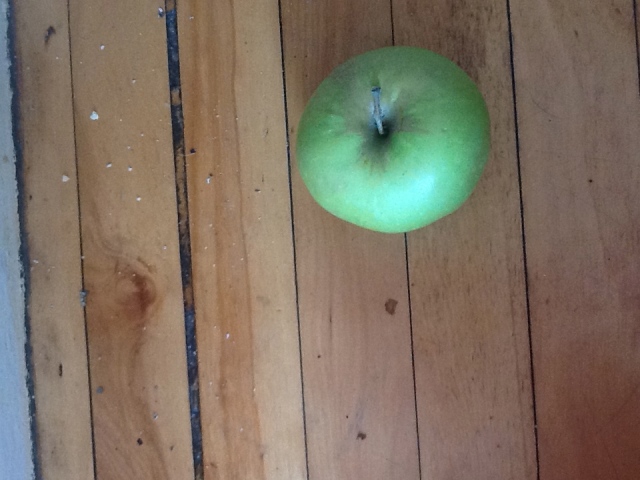 The official fruit of the state of Rhode Island. Allegedly first grown by a tavern-owner, Mr. Green. Crisp, juicy, and quite tart. 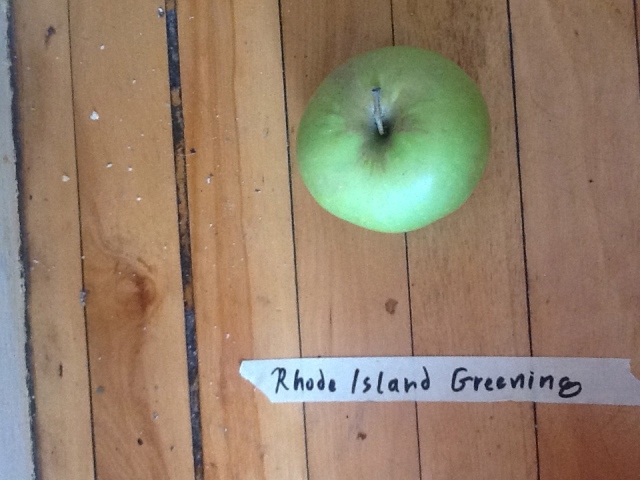 Originated in the early 1600s and considered the first named American apple variety. Along with Baldwin and Rhode Island Greening, one of the major commercial varieties in the 1800s in New England.

Originated in New Hampshire, as a chance seedling in a Red Delicious orchard.

A cross between the Jonathan and Golden Delicious; a good all-around apple.

Developed in Oregon in the 1930s. A large russeted apple.

Many thanks to John Bunker for information on these heirloom apples.

1 Response to Know your apples